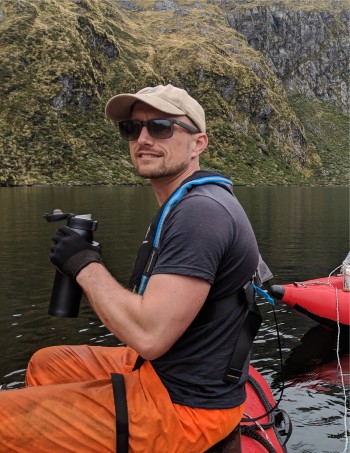 While most would be very content with a single publication in a Nature journal, last year Jamie had two papers published in Nature Geoscience:

Prior to the first paper, there had been vigorous debate about whether or not turbidites provide reliable records of past earthquakes. Jamie’s work has convincingly demonstrated that they can be used to reconstruct past earthquake ground motion and rupture directivity. This even converted sceptics such as one of the prominent reviewers who stated that “This is a seminal contribution, based on an outstanding and highly unusual field data set, and will become one of the most important papers in the field in the last few decades.”

The main global implication of the second paper is that seemingly minor (and globally under-appreciated) changes in fault geometry exert a first-order control on earthquake behaviour and this geometric complexity is not currently accounted for within seismic hazard models. A secondary outcome, but of critical importance to New Zealand, is the updated time-dependent hazard forecasts for the Alpine Fault.

The two publications illustrate the breadth of Jamie’s expertise and global relevance of his research. Together they showcase his ability to integrate large observational datasets with leading-edge numerical modelling to better understand fundamental processes that govern how hazardous plate boundary faults behave, and how evidence of those earthquakes is preserved in the subaqueous environment. 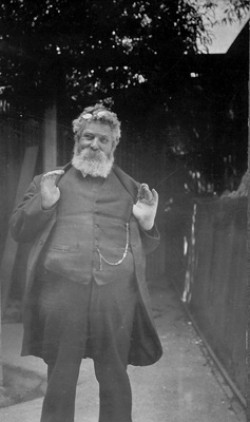 Alexander McKay was born in Scotland on 11 April 1841 and migrated to New Zealand aged 22.

After working in the New Zealand and Australian goldfields he spent four years exploring and prospecting the south-west part of the Mackenzie Country.  It was during this time that he met Julius Haast who, in 1870, engaged him as an assistant on some geological surveys of the north Canterbury region.

Late in 1872 James Hector, director of the Colonial Museum and Geological Survey of New Zealand, noted McKay's fine saurian fossil collections from Waipara in the Canterbury Museum, and engaged the young geologist to make similar collections from Haumuri Bluff near Kaikoura.  At the completion of this work in April 1873 McKay moved to Wellington.  Shortly afterwards he was appointed a permanent officer in the Geological Survey, where he remained until retrenchment of the survey in 1892.  He was then transferred to the Mines Department as mining geologist, eventually becoming government geologist.

Initially a fossil collector for the Geological Survey, McKay was soon sent by Hector on geological reconnaissance explorations.  Enthusiasm, physical and mental robustness, and a sheer joy in discovery and exploration carried McKay to the remotest parts of the country.  He delighted in the discovery of a new fossil locality, the rocking motion of an earthquake, and particularly, a finding in the field that cast doubt on the favoured theory of a local specialist.

In the late 1880s McKay took up a new enthusiasm – photography.  He experimented with designs of cameras and telescopes and with telephotography and microphotography, even grinding his own lenses from bottle ends, and achieved good quality photo-micrographs of thin sections of rocks. He retired from the public service in 1904.

Philosophically, McKay's greatest achievement can be seen as freeing New Zealand earth scientists from the strictures of a European-based 'received wisdom', enabling them to see, interpret and report the uniqueness of New Zealand geology.

Alexander McKay died in Wellington in 1917.

A longer more detailed biography of Alexander McKay can be found in Te Ara.