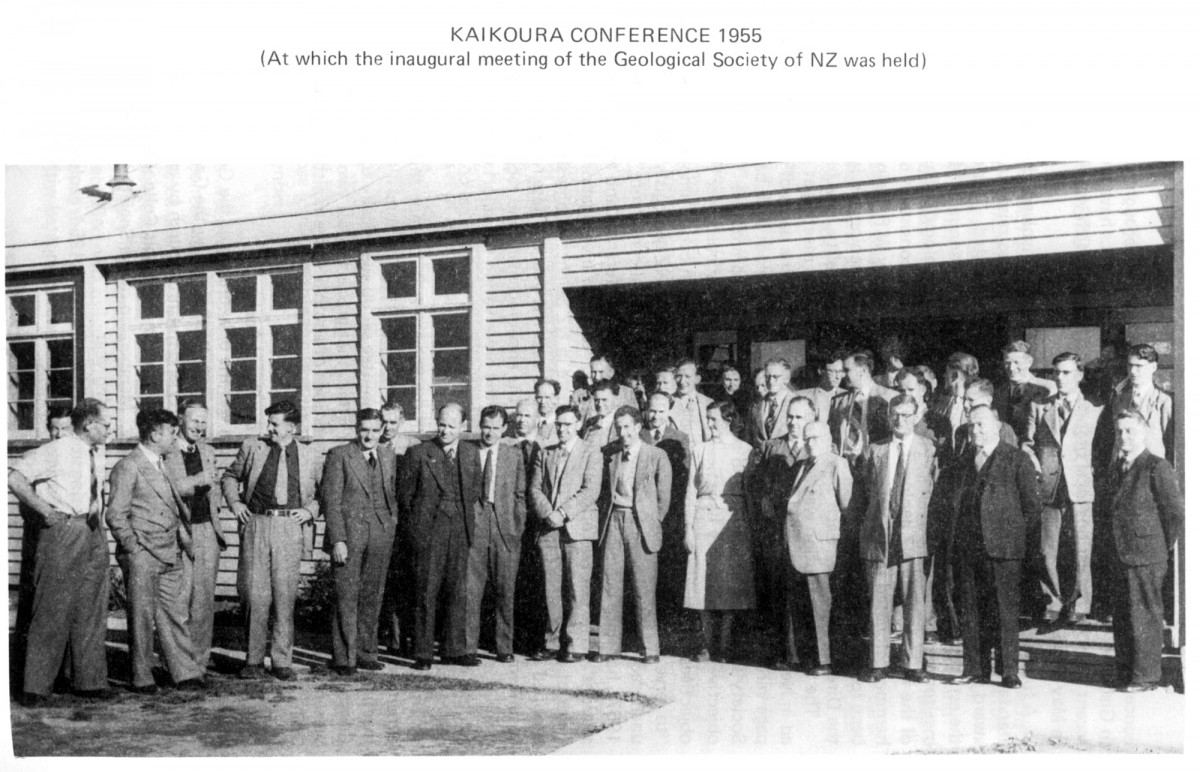 The formation of the Society was formally approved on 14 May 1955 during the NZ Geological Survey Conference in Kaikoura.  Ninety-one foundation members joined within the first six months.

In 2010 and 2012 the Geological Society merged with two smaller professional organisations – the NZ Geophysical Society and the NZ Geochemical and Mineralogical Society (NZGeMS) and became the more broadly encompassing Geoscience Society of New Zealand (GSNZ). The main activities of all these groups was to keep members informed of developments in their specialty area through regular newsletters and an annual or biannual conference.

Starting in 1956 with Auckland and over subsequent years the Geological Society formed branches around the country to facilitate local meetings and occasional field trips.

Another form of communication with members was the annual Hochstetter Lecture (from 1974) and biannual President’s Lecture tour (from 1988) which are presented at every branch and several other centres.  GSNZ’s first conference was held in May 1967 in Hamilton and annual conferences became the norm from 1973.  In later years they were often held jointly with other societies, like the NZ Geophysics Society, and this led to the 2010-12 amalgamations.

An objective of the GSNZ, is to encourage research in, and the advancement of the geosciences.  The creation and husbandry of national geodatabases has been one of the endeavours undertaken to do this. The most long-lasting example is the unique Fossil Record File.

In the area of promotion of understanding of our science to the general community, the GSNZ has been publishing guidebooks since 1975.  In more recent times GSNZ has sponsored or published a number of other larger general books and historical accounts of the activities of early geologists in New Zealand.

To recognise high quality geoscience research in New Zealand or the contributions made to our science in various ways, all of the societies instituted a series of awards.  These continue under the GSNZ.  The oldest and probably most prestigious award is the McKay Hammer Award first presented in 1956. There are a number of subdiscipline awards, as well as those recognising student presentations and posters at the annual conference, technicians and life-time contributions to the society and New Zealand geology.

A much fuller account of the first 50 years of the Geological Society of NZ can be purchased or downloaded here.

Many thanks to GSNZ Honorary member Bruce Hayward for his invaluable help in compiling this history of the GSNZ and many of the the biographies in the awards section. 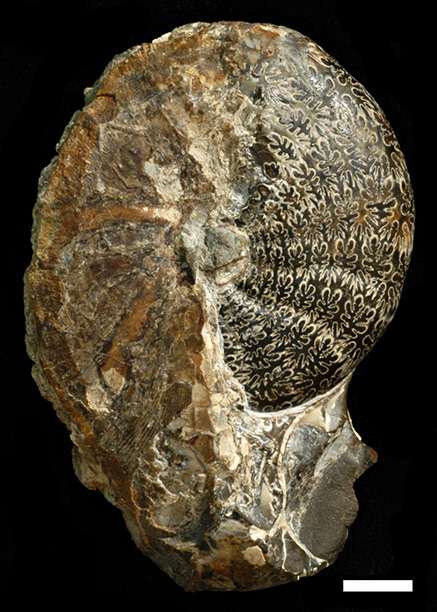 Participants at the 1955 Kaikoura conference 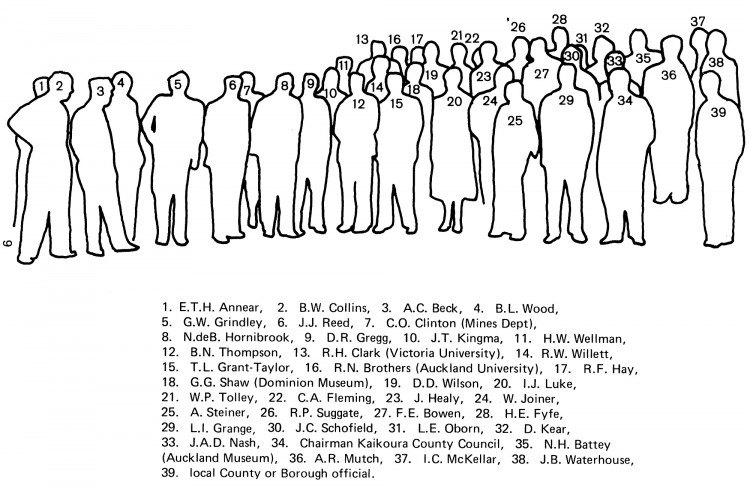