My Dearest Georgie: Transcriptions of 24 letters from James Hector to his wife Georgiana 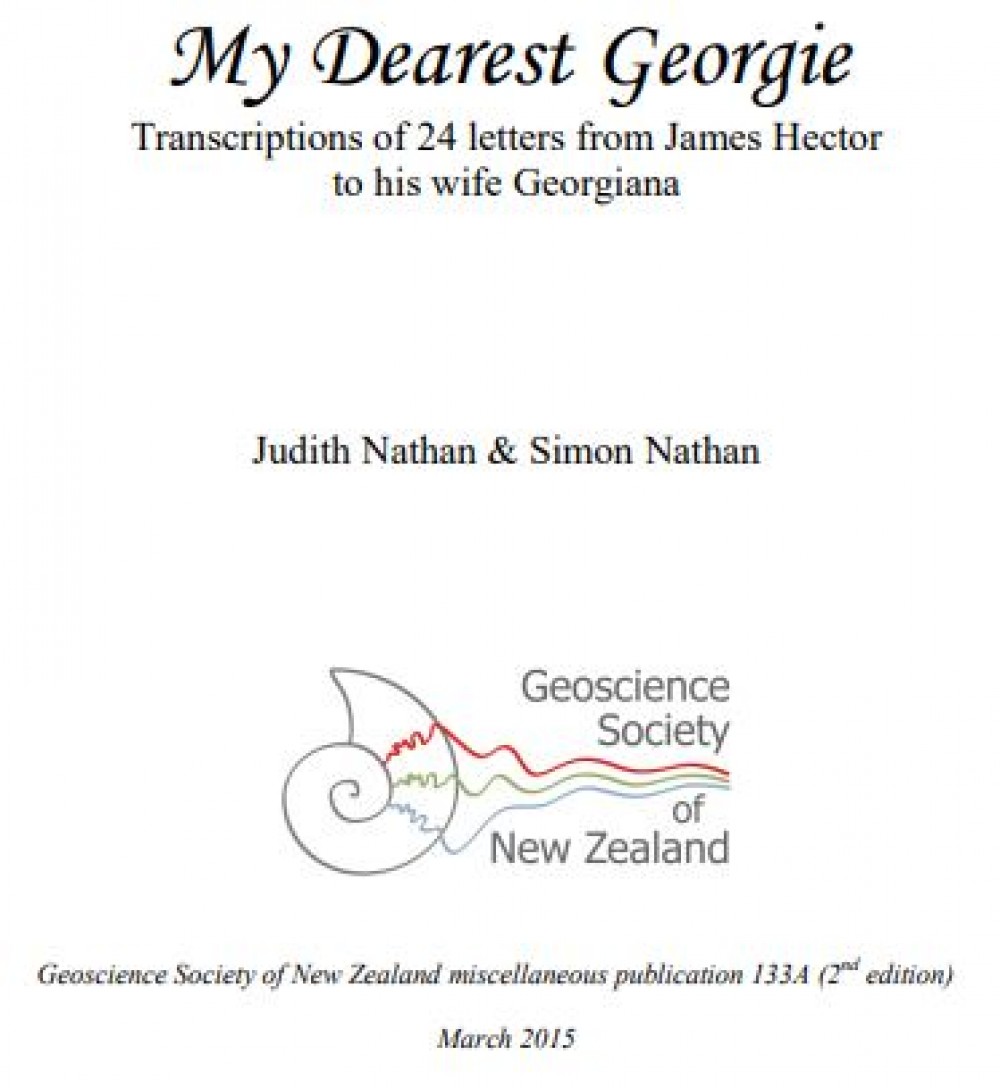 Sir James Hector was a dominating figure in the scientific and intellectual life of late 19th century New Zealand. By 1868 he was in charge of the Colonial Museum (now Te Papa Tongarewa), the Geological Survey (now GNS Science), and the New Zealand Institute (now Royal Society of New Zealand). In 1885 he was appointed Chancellor of the University of New Zealand. Although there is a huge amount of correspondence about Hector‟s official activities, there is much less information about his personal life and opinions. These letters are a small window into the personal life of James and Georgiana Hector, and they also illustrate James Hector‟s work ethic – never a moment to be wasted.