Why is Australia targeting Geoscience for painful 29% cuts in university funding?

It seems strange at first reading.  Australia, the land built on the milk and honey of a thousand geological ore deposits, with its coffers full of gold bullion honed from the ground, and more energy resources than it knows what to do with, is actively targeting Geoscience for the largest university funding cuts in its national history. Why is this so?  The article, published in EoS, 27th September, entitled ‘Australia’s Unfolding Geoscience Malady’ is full of thoughtful quotes about the state of Geoscience and possible reasons behind the decisions.

Quotes which caught my eye include:

‘the globally recognized School of Earth and Planetary Science at Macquarie University in Sydney ... lost 18 of the 21 academics who worked at the school’

‘A string of mergers, cutbacks, and closures have hit geoscience departments across Australia in response to the recent financial pressures and low undergraduate enrolment numbers’

‘In total, seven of the 21 Australian geoscience departments have been hit with substantive reductions in staffing and curriculum offerings in the past few years’

‘More casualties are likely to come as the Australian university sector is forecast to lose up to AU$19 billion (US$13.7 billion) between 2020 and 2023 because of the collapse of international student revenue’

‘A 2020 federal decision to cut funding for Earth and environmental science courses by 29% has only compounded the situation, setting the sights of financially strapped universities looking to cut overhead squarely on the backs of geoscience departments’

‘The loss of these geoscience resources could not come at a worse time. Australia faces unprecedented environmental and energy challenges while simultaneously trying to revitalize an economy stunted by the COVID-19 pandemic. To tackle these challenges and ensure a sustainable and prosperous future, Australia needs the very geoscience expert community currently being diminished’

‘Even before the COVID-19 pandemic, student enrolment in geoscience majors was in decline across Australia, despite increasing demand from diverse geoscience industry sectors’

‘The problem is that many people in the more urbanized south-eastern states and territories view mining as the only career option for someone who pursues geology studies, an industry they understand to be detrimental to the environment’

‘The United Kingdom has also seen a progressive decline in undergraduate geoscience enrolment since 2016. It has been attributed to a parallel reduction in geology course offerings in primary and secondary schools’

‘While maintaining core geoscience education and pursuing fundamental research, broader societal applications should also be incorporated into our curricula, including subjects on sustainability, water resource management, geoengineering, and the mitigation of natural and anthropogenic hazards’

‘What is clear, however, is that in many places, the current model is not attracting enough students for geoscience departments to remain viable in a financially weakened university sector’

‘In response to diminishing geoscience enrolment in the UK, the Geological Society of London and University Geoscience UK have developed strategic aims to reinvigorate undergraduate-level geoscience education. In them, they lay out a multifaceted action plan for revamping geoscience education, funding, marketing, and diversity across a wide range of stakeholders’

There is little need to comment more on the article (which I encourage you to read in full) as the direct quotes really shout a strong message: one that has been covered in all of the GeOID newsletters. Many themes and phrases stand out: falling enrolments for, and interest in Geoscience, the connections between Geoscience at School levels and consequent uptake at higher levels, the image challenge of Geoscience with younger generations, the need to link Geoscience more with values, society, environment and ethics, more of a move to trans-disciplinary approaches, and an imperative for the whole geoscience community to get together and plan a future.

Let’s hope Geoscience will not be a victim of the ongoing 6th Extinction Event, or be marginalised as a ‘quaint subject to study’ like medieval lute playing or Ancient Greek in the 5th century BCE. However, hope is not enough, and perhaps Aotearoa could start looking beyond the South Pacific, to changing winds in other parts, before only one or two University Geoscience Departments, worthy of the name, are left standing in the Land of the Long White Cloud. 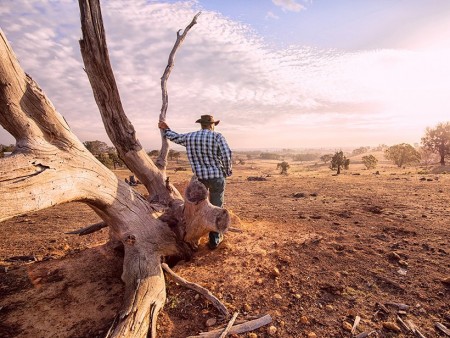 Brutal university cuts are putting at risk an industry crucial to addressing climate change Down Under and around the world.