Petroleum SIG has a new convenor

When the Society President sought out a new convenor to revive what was then the Oil and Gas Special Interest Group, Miko expressed his willingness, subject to a delay of a year while he became a parent for the first time.  Fortunately for us Mac Beggs agreed to take on the role temporarily and we thank Mac for his stewardship of the group over the last year.

We’re really pleased that Miko, as a mid-career industry professional, will bring a fresh perspective and vigour to the role which will benefit us all.

For those who may not know Miko – he is Senior Exploration Geophysicist with OMV based in Wellington, having worked for the company since 2013, initially as Development Geophysicist re-interpreting the Maari oil field, offshore Taranaki Basin.  Prior to that, he worked for GNS Science for over 4 years as a Seismic Interpreter, with lead roles in the “4D Taranaki Mapping” project, and in gas hydrate research – the field of his PhD thesis at Otago.

Miko is originally from Germany and earned his pre-doctoral qualifications at Ludwig-Maximilians Universitat Munchen. 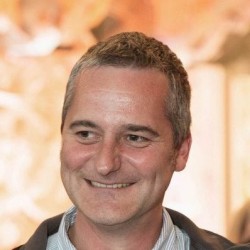