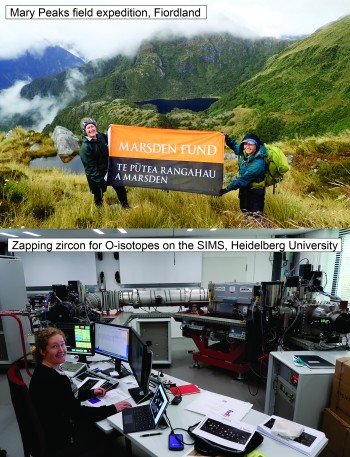 Rose Turnbull at GNS Science, for the paper:

The paper is an outstanding example of the use of cutting edge microbeam isotope geochemistry to provide insights into big-picture, deep-time, global-scale tectonics: from atoms to continents.

The aim of the research was to identify cryptic deep crustal blocks and their boundaries under Fiordland. For the first time, it demonstrates a pre-Gondwana isotope signature and ancestry for Fiordland’s granites. Under Fiordland, there are relicts of the billion-year-old supercontinent of Rodinia. The revelation that Zealandia has this hidden keel of Precambrian crust now meets the final criterion for Zealandia to be recognised as a global continent. As well as its broad geoscientific impact, Rose’s Geology paper attracted substantial media attention locally and globally, including by National Geographic.

The paper is an output from Rose’s 2018 Fast Start Marsden grant. 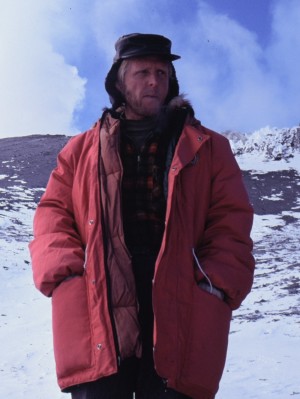 Werner Friedrich Giggenbach was born in Augsberg in Germany in 1937.  Following study in Germany and the US he joined the Chemistry Division of DSIR in 1968.  Apart from two years spent in Vienna at the International Atomic Energy Agency, Werner remained there and later at IGNS for the remainder of his career.

Werner was an outstanding scientist who became an internationally recognised leader in the field of fluid and related fluid/rock interactions in active geothermal and volcanic systems.  He published about 100 refereed papers and chapters in books, of which half are single author contributions in leading geochemistry journals and conference proceedings.