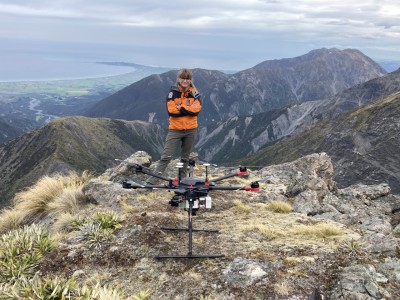 Regine Morgenstern is described by her colleagues as an outstanding technician, and a team player with a can-do attitude.

Her colleagues throw a whole manner of complex problems at her, and she continues to amaze them with her ability to just get on and solve them, whilst doggedly refusing to give up. She has supported the Regional Geology Department, Earthquake Geology, Engineering Geology, and Paleoseismology, and has contributed to many scientific outputs, including those she has first-authored.

She goes out of her way to support other aspects of the organisation, like the UAV user group, Early Career Research Network, working as an emergency warden, and she developed a wellness room and organises Pilates classes.

In a little over 5 years, she has risen to Senior Technician, testament to the contributions she has made to GNS Science and NZ geoscience. 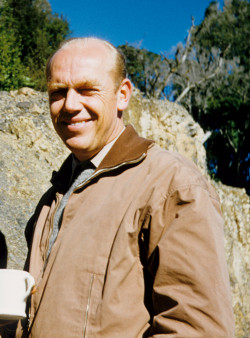 Jacobus (Ko) Kingma (1916-1974) came to New Zealand to join the NZ Geological Survey in the Napier District Office in 1949.  This followed a colourful early life in Indonesia, a painful experience in a Japanese POW camp, and postgraduate research in Holland.  During his time at the Survey he published 4 four-mile maps (more than any other geologist) and set up the Survey's Sedimentology Laboratory in Christchurch, where he worked for the last 15 years of his life.

Ko has been described as one of the most stimulating, colourful and imaginative geologists New Zealand has known.  Some of his alternative ideas are to be found in his book "The geological structure of New Zealand".

Ko was the Geological Society’s third President (1957-58).  Among his other research interests were fossil ostracods (MSc), taxonomy of ants, and world religions.

The Kingma Award for technicians was funded by his family in memory of Ko.