The John Beavan Geodetic Fieldwork Fund seeks to support students involved with geodetic research to undertake or participate in associated fieldwork in New Zealand or the southwest Pacific region (including Antarctica). Awards can be made either directly to the student to undertake his or her own fieldwork associated with a research project, or to a more senior researcher, to reimburse the expenses associated with including the student in the fieldwork. The latter is intended to encourage experienced fieldworkers to take along students who might not otherwise get a chance to work with them. 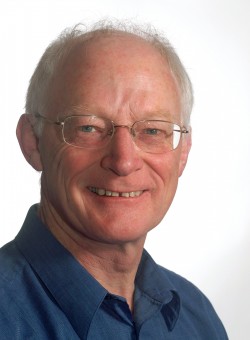 John Beavan was a brilliant scientist with a prodigious appetite for work whose contributions to the understanding of plate tectonics and earthquake science will form a long-lasting legacy.

John gained a PhD in Geodesy and Geophysics from the University of Cambridge, where he discovered he could combine his two favourite things – being in wild and remote places and physics – by working in Earth sciences.

After finishing his PhD, he spent 18 years at Lamont Doherty Earth Observatory at Columbia University in New York.

A turning point in John’s career occurred in 1980 when scientists realised they could use the new military GPS system for high-precision measurements of land deformation.  As an early adopter of this technique, John soon became one of the leading scientists in the world at measuring tectonic deformation with GPS.

On moving to New Zealand in 1994, he immediately dedicated himself to building a world-class GPS network to investigate plate boundary movements here.

In 2001 the network of GPS instruments that John had help to build enabled the discovery of slow-slip earthquake events under the east coast of the North Island.  As a result of his GPS work in the South Island, he was the first person to discover that the Southern Alps were increasing in height by between 6-10 mm each year due to tectonic forces pushing from below.

Throughout his career, John was regarded as a vibrant colleague and wonderful companion during field campaigns.

The John Beavan Geodetic Fieldwork Fund was set up by the GSNZ in 2014 as a memorial to Dr John Beavan.